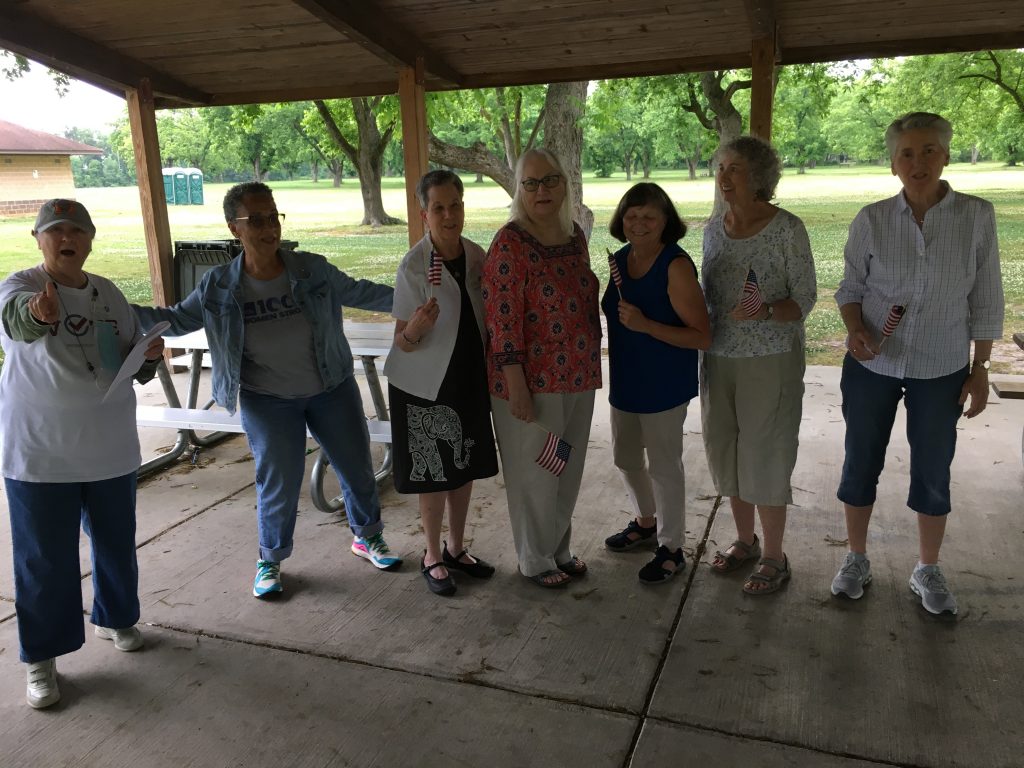 The May meeting of the Houston-Peach Branch of AAUW was held at the pavilion at North Peach Park in Byron. This was the first all in-person meeting in over a year, and everyone enjoyed visiting with each other. Attendees brought take-out for dinner, with dessert provided by several members.

At the April 13, 2021 Branch Meeting of the Houston Peach Branch of AAUW, the program was presented by Janice Mohr and Sandra Walker, member of Byron’s Village Green Garden Club.  We learned the history of the garden clubs of Georgia and also about local pollinators and nature plants.  The in-person portion of this hybrid meeting was held at the Byron Welcome Center where the Village Green Garden Club is currently establishing a butterfly garden.

Also at the April meeting, we elected officers for the coming two years. These officers included:

After a brief business meeting, the Houston-Peach branch enjoyed a discussion of Gutsy Women by Hillary Clinton and Chelsea Clinton at its March 9, 2021 meeting.  This “book club” format is the branch’s traditional program for March as we celebrate Women’s History Month. 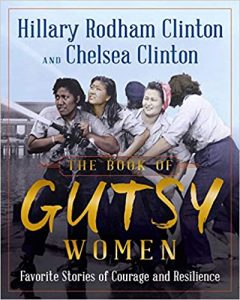 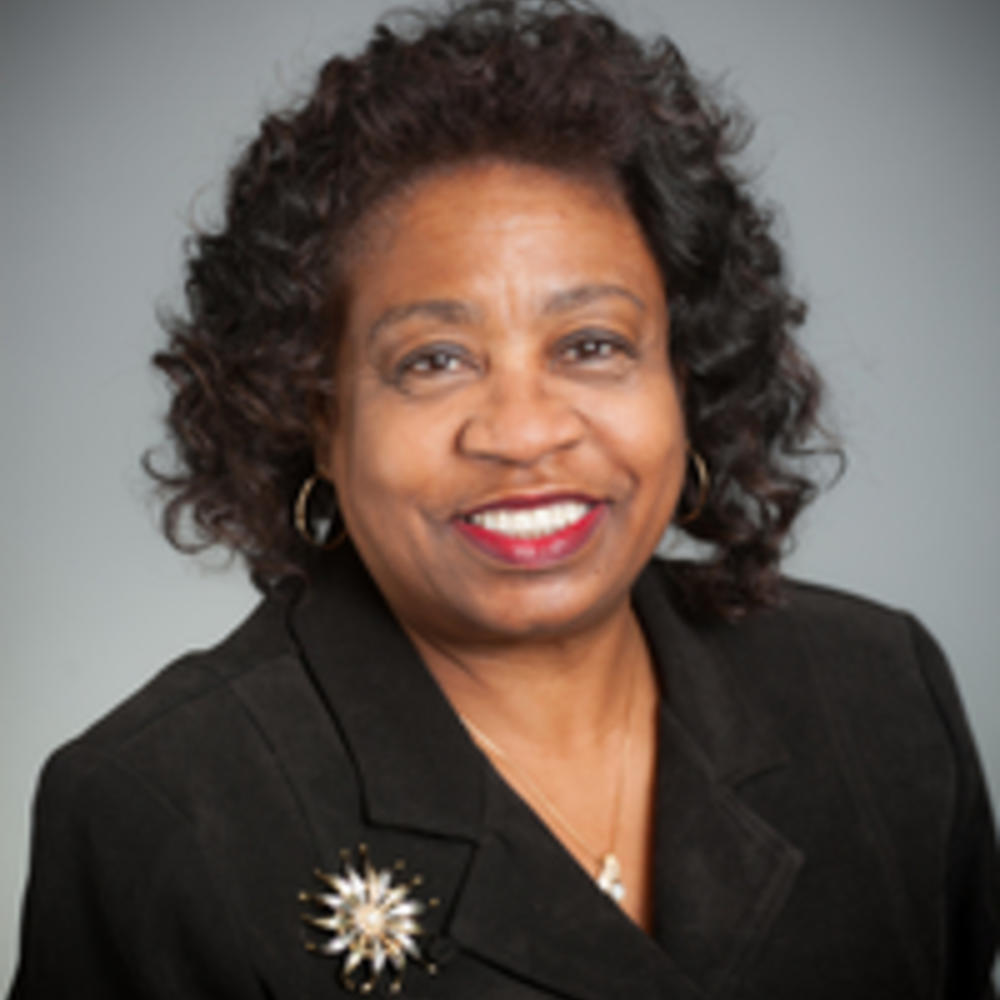 On February 9, 2021, the Houston-Peach branch of AAUW held a hybrid meeting, with members   joining the group from Zoom and from the Byron Welcome Center. The program was presented by Robertiena Fletcher, retired Director of Pharmacy at the Houston County Healthcare Complex.

Mrs. Fletcher was born in Americus, Georgia.  In 1963, more than 30 African-American girls ages 11 to 16 were arrested for taking part in Civil Rights protests in Americus. They were taken without their families’ knowledge to a Civil War era stockade in Leesburg, Georgia, where they were confined in unsanitary conditions and exposed to brutal treatment. Over  weeks, their commitment to the fight for equality was amazing. Mrs. Fletcher was one of those girls, and shared her experience with us. She also shared many of her other experiences, which include many “firsts.” For example, in 1964, she was one of three African Americans to integrate public schools in Americus, Georgia.  After three tumultuous years, she was proudly one of the three African Americans to graduate in 1967. In 1978,  when she became the Director of Pharmacy at Houston Healthcare Complex she was their First Black Department Head. Mrs. Fletcher  presently serves as Chairman of the Department of Human Services Board which oversees all Department of Family and Children Services, Aging and Child Support Services., and is the first African-American to hold this position. She has been on many other local and state boards, and is a member of several professional and social organizations.

Our program for January 2021 was presented by Fenika Miller. Miller is a community activist who served as the chair of the Houston County Democratic Committee from 2010-2014, ran for the state house twice and is currently serving as the chair of the 8th Congressional District of the Democratic Party of Georgia. She also served as one of Georgia’s 16 Democratic presidential electors. The group enjoyed hearing about her journey toward her current activism and asking her questions about her many political and business interests.

A virtual party is certainly not the same as a REAL in-person party, but that did not deter HoustonPeach members from gathering and celebrating in December. Many thanks to  Ann McKay (top row, center), who made the party possible by being our Zoom host (and for also providing the screenshot below). Miss you, Ann!  While food could not be the focus of the gathering like it usually is, the group enjoyed visiting, sharing scavenger hunt items and answering trivia questions, thanks to Evelyn Merk. 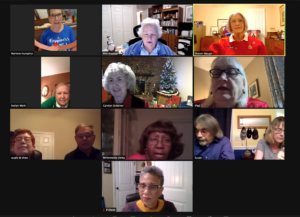 Due to the Covid virus, we will be unable to do Reading Is Fundamental in one of the local elementary schools this year.  We will still purchase books to give to Cherished Children Daycare Centers.  Carrie Smith delivered books for distribution to 3 and 4 year-olds at both Cherished Children locations in early December.  She will also deliver another set of books to them in early spring.  We miss seeing the kids, but need to keep them and ourselves safe from the virus. Hopefully, next year we will be able to do book distributions in person.

We are still welcoming donations to support this project.  Hope we all can encourage donations. LIke so much of the rest of the world, the COVID pandemic has resulted in some changes in the way the Houston-Peach branch operates. After having no meetings in the spring, we have begun this fall to have hybrid meetings, with those members who want to meet in person gathering at the Byron Welcome Center, and others meeting on Zoom.

Macon Judicial Circuit’s District Attorney-Elect Anita Reynolds Howard was the speaker for our October 13 program. Her topic was: “Challenges for Women Running for Office … and How to Plan a Winning Campaign.” Ms. Howard recently completed her successful run for office in Macon. She also answered questions from members, and seemed interested in joining AAUW!

Our program for November 10 was presented by the Women’s Interfaith Alliance of Central Georgia (WIA). Several of our Houston-Peach members are also WIA members, and two of them (Marlene Humphry and Margaret Mathews), along with Eman Abdulla, shared some of this organization’s  history, projects, and programs. There was also  time for questions at the end of the program. This group’s stated purpose is to promote an appreciative knowledge of various faith traditions through friendship, education, and service.

Due to the COVID virus, we are unable to do Reading Is Fundamental in one of the local elementary schools during 2020.  We are still purchasing books to give to Cherished Children Daycare Centers for the 3 and 4 year olds.

We are still welcoming donations to support this project.  Without our book sale, we will depend on donations and other fundraisers to continue our book distributions. There is a fundraising committee working on other ideas for our branch to raise money.

FYI, our last used book sale was held in October 2019.  Ending this 50+ year tradition was a difficult decision, but we are moving forward with our service projects and looking for more age-appropriate fundraising efforts 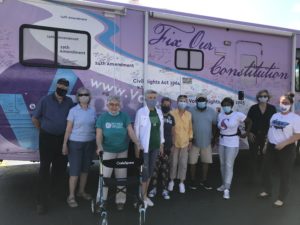